Have you ever wondered how — prior to the advent of sit-ups, crunches, and that cool toy Chuck Norris and Christie Brinkley flog — the first humans on earth developed the core conditioning and functional abdominal training necessary to eke out a meal or two?

It couldn’t have been easy chucking spears, running down dinner and then dragging it back to the cave — all without a note from the doctor, a program from the physiotherapist or a crack or two from the chiropractor.

On second thought, maybe it was all that constant twisting, turning, hunting and dragging prey that built those killer abdominals and caveman-strong core stability.

Lucky for us modern folk, the Cyclone Ball means we don’t have to carry a spear to Woolworths or wrestle the neighbourhood Rottweiler to meet our functional-exercise needs.

The Cyclone Ball is a rubber medicine ball with a thick rope through the middle and knots on either end. One knot fastens the ball to the rope while the other is used as handle to swing, twist and blast your way through a workout. It was developed by AOK Health in Australia and is a fantastic training tool – here is a video.

This is fitness that moves you. With a firm grip on the rope with one or both hands you can bounce the cyclone ball on the ground or against a wall. The idea is to control the ball as it bounces up and over, from side to side.

You can lunge and bounce; kneel and bounce; stand against a wall and bounce; lie on your back and bounce; or swing the ball overhead or adjacent to your body. It doesn’t matter which move(s) you choose. When you’re wielding a cyclone ball, you will be building balance, strength and core stability.

Who Would This Appeal To?

The Cyclone Ball will be a hit with fitness enthusiasts looking for a functional option for their abdominal and core-stability training.

Who Would Hate It?

If you hate loud noises, banging a Cyclone Ball around your head won’t be your favourite workout of the week.

Without proper training, the klutz factor is huge.

The Cyclone Ball is a one-to-four-kilogram hollow, rubber ball on the end of a rope that you bang as hard as you can against the floor, above your head, between your legs, and on either side of your body over and over again.

A four-page how-to manual accompanies each Cyclone Ball which teaches proper use and safe techniques to help avoid mishaps.

What Do You Need?

If you are competent in the gym and exercise-efficient there is a terrific PDF available at aokhealth.com.

The document will lead you through laying, kneeling and standing exercises that enhance functional core stability.

If, after that, you are still not completely comfortable with the Cyclone Ball, print out the PDF and hunt down a good personal trainer. They will be able to keep you on track and not whacked.

Where Do I Find It?

You can get the Cyclone Ball at AOK Health in Australia or in Canada at Fitter First. .

What are the Costs?

Cyclone Ball training is great for anger management with the added bonus of better core stability.

Pete Estabrooks B.PE /The Fitness Guy is a personal trainer and writer in Calgary and virtually everywhere in the world from petesclass.com. 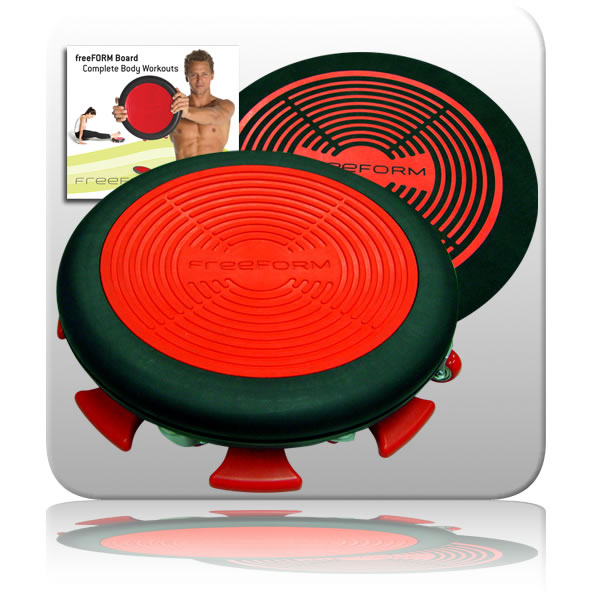 freeForm Board, a new era in Functional Fitness 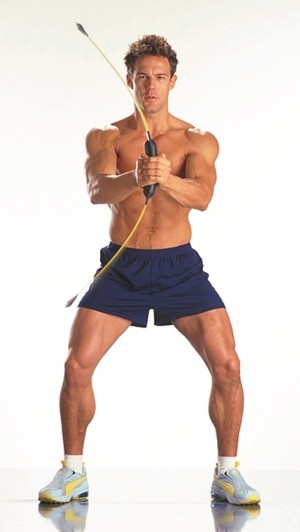 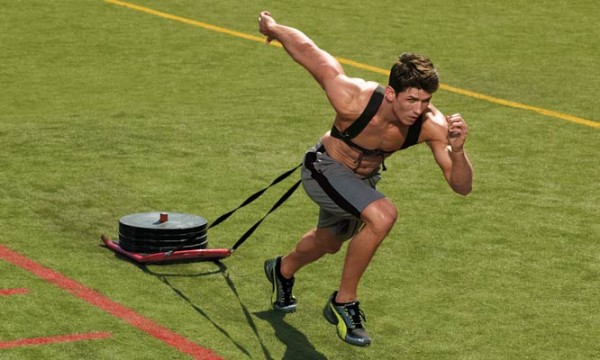